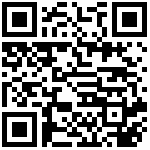 Metrics
EVOLUTION OF THE U.S. APPROACH TOWARD MIDDLE EAST CONFLICTS