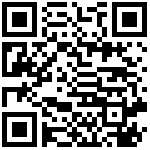 Metrics
THE WASHINGTON ELITE DURING COLD WAR, AND PRESENT TIME